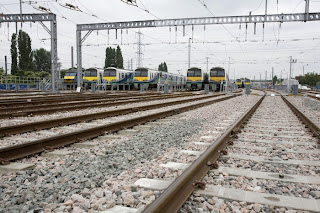 It strikes us as a very cynical way of rewarding behaviour and policies implemented by previous governments and parliaments to now go and increase the ‘tax’ on rail commuters when the switching policy from road to rail has meant that more rail passenger miles are being racked up versus road miles and supposedly turning off the tax flows into the Treasury from fuel duties, because more rail journeys are being undertaken.
Yet again the pendulum has swung the other way and at the consumer end of the bargain, we are being sent a confusing message us to which behaviours the government wants to encourage us to take.
No wonder the general malaise of cynicism and anti democratic behaviours we have recently experienced has and will manifest itself again.
Less government, less interference, less confusion.  Let the (a well governed) market help efficiently incentivise people to do the right thing at the right time for the right price.
theMarketSoul  ©2011
For more information about the Economics of Taxation just click the link in this sentence
International Journal of Transport Economics