It is quite worrying when government agencies suspend the usual formalities of the ‘rule of law’, in other words do not follow due process, in order to collect revenue.
Well this is exactly what happened to one of our clients earlier this week.  Luckily for the client, they were well prepared and did not get flustered due to the new tactics being ‘employed’ by HMRC in order to collect compliance penalties and the like.
The scenario:
Over the last few months the HMRC staff has been trained to become more than just assessors of tax to being investigators of tax. See the linked article produced by AccountingWEB.co.uk: HMRC Investigations: What you need to know.
So when you receive a phone call from an official stating that they are from the HMRC and that you should talk to then as soon as possible or face some ‘legal action’ firstly take these simple steps:
1.       Take a deep breath
2.       Calmly state that you are in the middle of something
3.       Accept their statement that you have 24 hours to get back to them or face legal action
4.       Grab, fumble or stumble for a byro and a piece of paper, for those born in the mid 20th Century or the iPhone or Blackberry or other mobile devise if you are tech savvy and take:
a.       The Reference Number
b.      The Telephone number
they are about to give you.
5.       Call your accountant or tax advisor as soon as possible quoting the reference number.
6.       In the reference number is a clue as to the specific item the HMRC wants to discuss with you or your professional advisor
7.       Call them back within the 24 hour window of opportunity
8.       MOST IMPORTANT – Do not give them any payment information, i.e. debit or credit card information, because this is where the crux of our problem and challenge to the new methodology lies.  There is a due process for collecting outstanding or overdue debts, however, DURESS is not one of them.
We believe this is an abuse of authority and not just stepping over the line, but ‘taking a huge leap forward for mankind’ in order to plug a £177 billion black hole in the UK public finances.
theMarketSoul’s advise on this occasion:
KEEP YOUR WITS ABOUT YOU!  Do not get flustered and ensure that you understand the principles and processes behind due legal process. Follow our 8 step ‘tax collection under duress guide' above, or contact us by following the link in the profile page.
Good luck.
theMarketSoul ©1999 - 2010
Posted by theMarketSoul.com © 1999 - 2012 at 01:07 No comments:

theMarketSoul ©1999 – 2010 Ventures an opinion on the ‘Economics of Taxation’

[All names and references to places in this post has been changed, so as to protect the innocent bystanders].

Cracking down on ‘Tax Havens’ became a stated objective of the G20 last year during one of the meetings held during 2009.
Lets us keep the argument very simple and divide the world into two colours namely magnolia and chocolate brown (close enough approximation of two other colours normally used in arguments), or rather more accurately the regulated world and the unregulated world.
If it is regulated, it moves slowly, is a target and gets nailed very quickly.  The credit quake of 2008-2009 resulted in the implosion of this world, which today moves even slower, with a catastrophic collapse in taxable revenue and actual tax take an unfortunate consequence.
So, as our hypothetical magnolia world has ceased up almost completely, the G20 thought it right and proper to start targeting the chocolate brown world.  This is the ‘dynamic underground’ of slush funds, oiling the cogs of industry, money laundering, crime, drugs, terrorism and anything that moves outside of the regulated world arena.  Apparently this world is alive and well, with cash sloshing around the system that unfortunately does not hit the regulated world’s sides and filters, and is therefore not siphoned off as ‘direct’ tax flows and revenues.  If your jurisdiction has indirect taxes, then this cash does get siphoned off, as goods and services are also consumed by the chocolate brown world.
Now if you view these two worlds as two balls or circles, the magnolia one is shrinking and the chocolate brown one is growing in size.  So the question really becomes this:  Which one do you attack?  How do you appease the populist vote?  For one of the choices is:  “Tax ‘em to death”, because you are already taxing ‘em pretty harshly! (Those living in the magnolia space).  Alternatively, you grab the populist media’s h(d)eadlines and attack Tax Havens with the natural association of the chocolate brown world with ‘dirty’ cash.  This way you score two potential hits:
Posted by theMarketSoul.com © 1999 - 2012 at 00:50 No comments:

Introducing the 'EconoCountant © 2010' and IFRS 9 commentary

I am amending the title and purpose of this post slightly, as the content is duplicated at EconoCountant © 2010:


IFRS 9 Financial Instruments the IASB's latest accounting standard press release was published back on 12 November 2009.  So, there you have it, I took my eye off the accounting standards development radar screen and missed it.
This post makes reference to my earlier entries, see for example Comments from a lay economist on the credit quake  published in October 2009, and Asset bubbles: not just valuations but what and how we value  published in January 2010; in which the current IAS 39 Financial Instruments: Recognition and Measurement was criticized.
In the IASB’s (International Accounting Standards Board) own words, in the preamble (Why we undertook this project) briefing to the IFRS 9 Financial Instruments documentation:
“Many users of financial statements and other interested parties have told us that the requirements in IAS 39 are difficult to understand, apply and interpret.  They have urged us to develop a new standard for the financial reporting for financial instruments that is principles-based and less complex”.
Their words, not mine.  [Lets repeat it, just for clarity:
Difficult to          (1) Understand
(2) Apply
(3) Interpret]
But it begs to ask the question:  Who are the ‘they’ referred to in the above paragraph?
The Harvard Business Review (“Fair Value Accounting for the financial crisis”, November 2009) offers a possible solution and explanation:
“But European politician have far more leverage over the International Accounting Standards Board than Congress has over the Financial Accounting Standards Board, its US counterpart.  Before a new IASB standard can go into effect in Europe, it must be ‘endorsed’ by three European bodies – the European Parliament, the European Commission, and the EU Council of Ministers.  Because of these three potential vetoes, the IASB is highly sensitive to threats from EU politicians to legislate their own accounting standards for European companies.”
Again, a quote I took directly from the Harvard Business Review, not my own words at all.
As this blog is supposed to be dedicated to ‘clarity of economic thought’ and has the odd poem thrown in for good measure (besides some of my usual rants), I have decided to move any accounting related commentary to a new blog page on Wordpress called 'The EconoCountant'.
All commentary on purely accounting related, as opposed to economic and economic value related topics, will in future be posted at http://econocountant.wordpress.com , with some degree of cross referencing, just to ensure the usual level of confusion is maintained.
A further question the paragraph in the IASB’s documentation quoted above begs to be asked is this:
If the standard was so difficult to (1) understand, (2) apply and (3) interpret, why was it published and practitioners expected to implement it in the first place?
I thought that a ‘wide ranging consultation process’ was always adopted or, as in Sir David Tweedie’s words has “[benefiting] from unprecedented levels of consultation with stakeholders around the world, the IASB has made significant changes in its initial proposals to improve the standard, provide enhanced transparency and respond to stakeholder concerns”, only occurred in this round of the review of IAS 39?
“The new standard enhances the ability of investors and other users of financial information to understand the accounting of financial assets and reduces complexity – an objective endorsed by the Group of 20 leaders (G20) and other stakeholders internationally.”
Is it right then to return to my assertions made in October 2009 that the crisis was partly fueled by flawed International Accounting Standards?
theMarketSoul © 2010
Posted by theMarketSoul.com © 1999 - 2012 at 11:13 No comments: 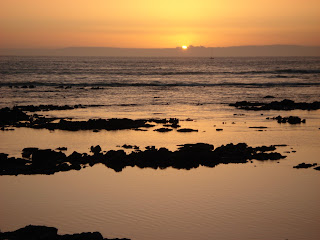 The road we travel,
The pain, misfortune and misery,
Along the way; will never be witnessed.
Yet in meeting our fellow travellers,
Many a moment we will be judged,
And whether the sweat dripping from our brow,
or the dust discolouring our tunic;
always stand up proud and straight,
with decorum and faith.
Hold up your head proud,
Never in anger; bite your lip,
Wipe the tear,
But banish the fear.
For if you look or squint carefully,
You will see across the divide,
Staring back at you a face,
With more pain and fear or anger to hide...
Smile, reach out and clasp the hand in friendship,
Whether real or pretence, let civility descend,
And your humanity rule (supreme).
theMarketSoul © 2010